What’s Next for Early Action?

This new report, entitled What’s Next for Early Action?, was launched in London on 3rd December at an event co-hosted by Community Links, Britain Thinks and Big Lottery Fund. At this event, Britain Thinks published the findings of their recent research on public and stakeholder attitudes to Early Action. Their research has found that there is widespread support for the principle of Early Action and that 78% of the public support Early Action as “common sense”.

In many ways, this research supports what the Early Action Task Force has known anecdotally – that Early Action is widely seen as common sense and an approach that local and national government should support. The question is, how can we help Early Action to become common practice?

Our network audit was designed to better understand some of the barriers which currently stand in the way of making Early Action common practice across sectors. We aimed to assemble a better picture of who our members are, where they are working, and what kinds of work they do. We also wanted to find out what additional support they need to implement Early Action programmes.

The audit had three elements. First, we sent a survey to all members asking about their work and what additional support and training they needed to implement Early Action programmes. Fifty-eight members completed the survey. We also conducted telephone interviews with six organisations to do a “deeper dive” into the barriers to implementing Early Action programmes and how the network could help organisations overcome these barriers.

Our findings suggested that many organisations find it difficult to build a strong evidence base to attract funding for Early Action interventions. Interviewees also told us that they were focused on delivering their own acute services and it was difficult to achieve a shift towards working more upstream without significant time and investment. These findings were also reflected in Britain Thinks’ research which found that evidence and political short-termism (i.e. focusing on the short term rather than the long term need) were obstacles to Early Action highlighted by stakeholders. Siloed organisational structures and the impacts of austerity were also highlighted as potential barriers. 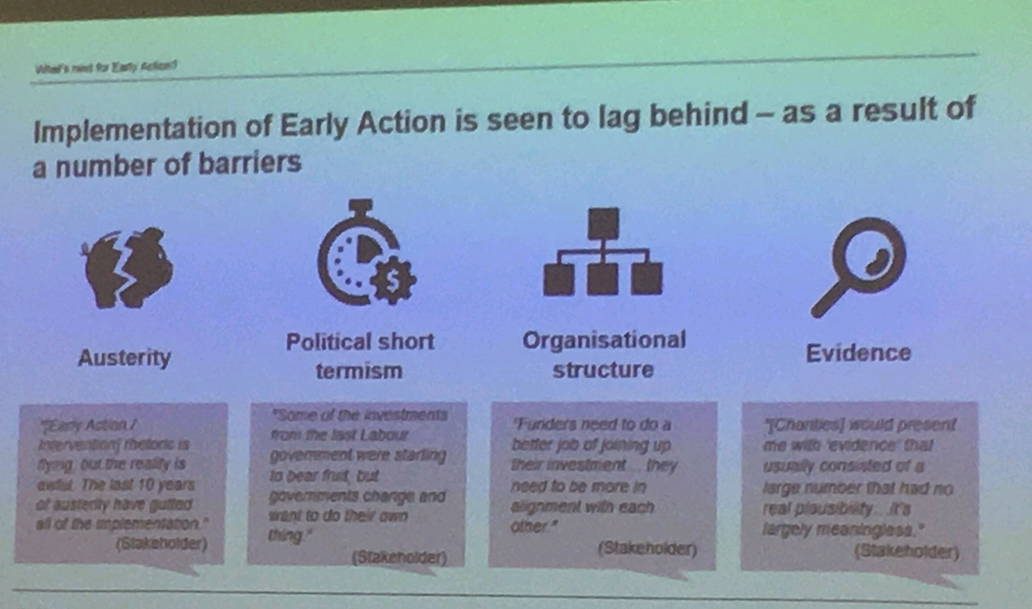 In terms of the support which members of our network need to shift their work upstream, there were three key findings from our audit. Firstly, voluntary organisations felt they needed more training on how to shift towards a more upstream approach. 58% expressed interest in training sessions on making the case for Early Action programmes; 56% wanted training in how to design an Early Action programme/service; and 42% wanted training in how to write an effective Early Action funding bid. Second, many organisations felt that some systemic changes in approach were needed in government and commissioning in order to support their efforts. Finally, many organisations believe it is important to learn from each other and to collaborate locally to take forward Early Action ideas.

In response to these challenges, the Early Action Task Force (EATF) has now set out a plan of action for its next phase of work. This work will be focused around three key areas:

We will be continuing to report on the progress of this work over the coming years, with the hope that during this time we will be able to lay the foundations for a truly preventative society. To keep up to date with our progress, you can sign up to our Early Action Bulletin here. 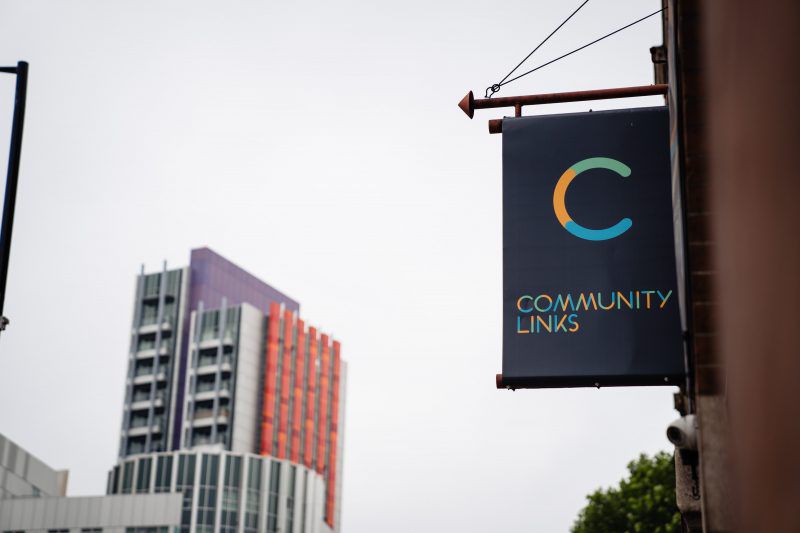 Many of the social and institutional foundations of a preventative society that existed in 2011 have since been eroded, and the need for a shift towards Early Action is now greater than ever.