We hosted an evidence-gathering session with Professor Philip Alston in which over 100 members of the local community shared and listened to testimony.

Last week, Community Links hosted a public evidence-gathering session with Professor Philip Alston so that he could hear directly from East London communities about how government policy has shaped their lives. Over 100 people joined us in the Neighbours Hall at 105 Barking Road to share and listen to testimony. The findings from the session shaped the interim report and initial recommendations which Professor Alston published at a press conference last Friday.

Investigating poverty and human rights in the UK

Professor Philip Alston, the UN Special Rapporteur on Extreme Poverty and Human Rights, was in the UK 5th-16th November to carry out an investigation into the impact of government policy on people’s lives. In particular, he was interested in hearing directly from communities how welfare reform, austerity, local authority cuts and Brexit were impacting on the levels of poverty in the country.

In partnership with Just Fair, Community Links organised and facilitated the evidence-gathering session so that Alston could hear directly from those affected and so our local community had the opportunity to be heard. Alston began his visit by meeting Community Links staff to hear about the issues they see locally when delivering frontline services. 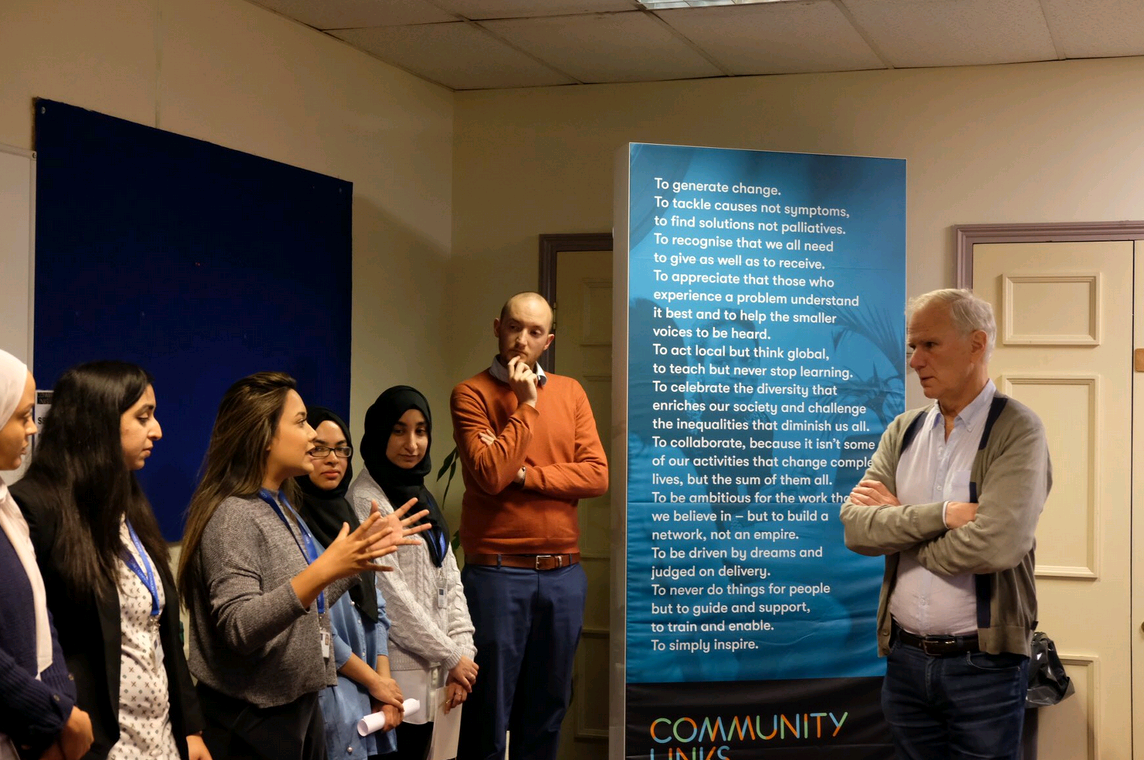 At the beginning of our public event, we heard from a wide range of organisations working on tackling poverty and supporting communities in Newham and East London. These included London Renters’ Union, Caritas Anchor House, Inclusion London, the Latin American Women’s Rights Service, ATD 4th World, #Backto60 and the Magpie Project.

The room is packed, people spilling out of the doors. The atmosphere crackles. So it should, for this is what it feels like when an entire society is held to account.

These presentations were followed by an hour of open mic contributions from the floor. As has been highlighted by Robert Booth in the Guardian, it was noticeable that the large majority of contributions came from women, particularly women of colour. This was also noted by Philip Alston in the press conference and initial statement on his investigation in which he noted that the burden of austerity has fallen heavily on “single mothers struggling against the odds”.

If you got a group of misogynists in a room, and said guys, how can we make this system work for men and not for women, they wouldn’t have come up with too many other ideas than what’s already in place. Alston’s findings and the response by government

The findings in Alston’s initial report make for grim reading:

14 million people, a fifth of the population, live in poverty. Four million of these are more than 50% below the poverty line, and 1.5 million are destitute, unable to afford basic essentials. The widely respected Institute for Fiscal Studies predicts a 7% rise in child poverty between 2015 and 2022, and various sources predict child poverty rates of as high as 40%.  For almost one in every two children to be poor in twenty-first century Britain is not just a disgrace, but a social calamity and an economic disaster, all rolled into one.

So far, many of Alston’s findings have been challenged by ministers in central government who have highlighted the record levels of employment in the UK.

However, at the end of the session at Community Links, the Mayor of Newham Rokhsana Fiaz acknowledge the testimonies she had heard and gave her perspective on how the Newham community should come together and respond.

The event at Community Links and Alston’s visit on the whole have received a lot of attention in the UK media, despite competing for coverage with Brexit over the past two weeks.

Michael Buchanan, the BBC’s Social Affairs Correspondent, attended our meeting and highlighted the “astounding disconnect between what [Alston] heard at those meetings…and the discussions he held with the ministers who oversee the very system causing such hardship for many people”.

Alston’s team will be taking the findings from his visit and will be presenting a full report on poverty in the UK to the UN in May 2019.

The question that remains is, what more could we be doing? Our event was a heavy, hard-hitting, at times shocking two hours of testimony, but many of the people we spoke with afterwards left with a sense of optimism that they had been heard and that things could change for the better. Community Links is reaching out to organisations to consider how the third sector can formulate a joint response to the issues highlighted in this visit.

If you are an individual or organisation who is interested in contributing to this work, please get in touch here. 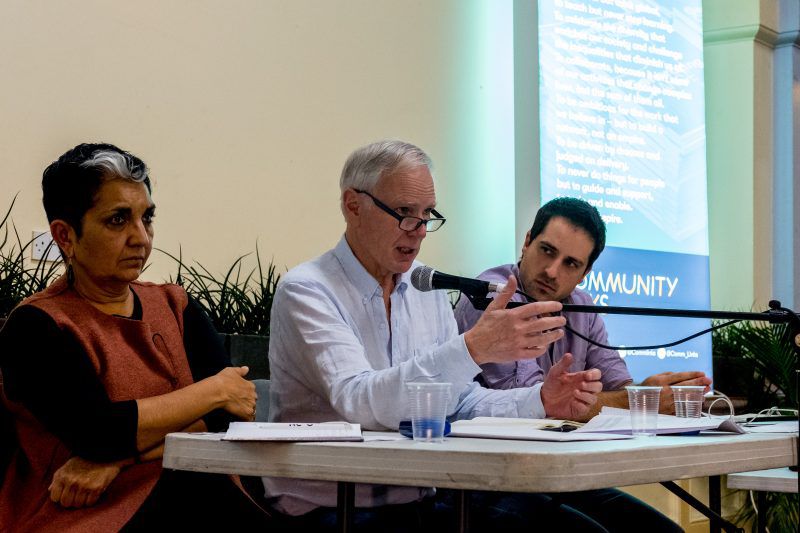 I believe it is important that those who make government policy are held accountable. My visit to Newham was an excellent opportunity to hear people speak spontaneously and passionately about the issues affecting them. Community Links are doing important work by informing policymakers of the important issues, creating opportunities for communities to have their voices heard, and helping people to conquer challenges. It is a model of resilience and commitment.