Our community hub in Canning Town is one of 800+ sites of historical significance opening its doors for the London-wide event on the 21st September.

Community Links is participating in Open House, a London-wide event which offers the public the chance to see inside buildings of historical significance across the capital.

Our community hub at 105 Barking Road in Canning Town will be open from 10am on Saturday 21st September. Come and visit us to see the building’s beautiful mosaic floor and impressive architecture, learn about 105’s connections to East End history and find out about how Community Links is continuing the legacy of this great public hall to this day!

Open House London is the world’s largest architecture festival, giving free public access to 800+ buildings, walks, talks and tours over one weekend in September each year.

Community Links is participating year, and will be providing a range of activities on the day for visitors to enjoy. This includes: a self-guided tour of the building; children’s activities; refreshments; and a walking tour connecting our hub to other Open House sites in Newham.

You can see the full listing for 105 Barking Road on Open House here.

We will also be displaying two small exhibits on the history of the building and the local community. One of these exhibits (displayed with support from Eastside Community Heritage) shows the history of Canning Town community organiser Kamal Chunchie and his connections to 105 Barking Road. The other exhibit examines the lives of Black, Asian and Minority Ethnic (BAME) women in the local community.

The walking tours are expected to take around two hours and will be led by an experienced guide with excellent knowledge of local history. Our first walking tour will start at Bromley-by-Bow station at 10am. We will visit Abbey Mills and the River Lea, Cody Dock and end at Community Links at 12 noon. In the afternoon, there will be a return trip starting at 2pm at Community Links and going via the River Lea, Cody Dock and ending at Abbey Mills at 4pm. Booking via email is required.

Canning Town Public Hall, as it was known then, was used as a meeting space for the Canning Town branch of the Women’s Social and Political Union (WSPU). As Katherine Connelly details in her biography of Sylvia Pankhurst, the Canning Town branch (set up by Sylvia) had a prominent role in the East London Federation of Suffragettes and took an increasingly radical position in the 1910s (especially after war broke out). Sylvia’s aim was to unite the strong labour and suffragette movements of London’s East End (her newspaper The Woman’s Dreadnought would later become The Worker’s Dreadnought) and the Canning Town branch was the first to split from the national WSPU after disagreements on whether to not to oppose the War. A second local public figure connected with the hall is Daisy Parsons, a suffragette and West Ham’s first female mayor.

The building also has a connection with the trade unionist Will Thorne who, following a speech in March 1889 at what was to become the site of the public hall, established the National Union of Gasworkers and General Labourers (a forerunner to GMB, now one of the three biggest trade unions in the UK). By late 1889 the Union had 20,000 members and its success prepared the ground for the great dock strike of 1889, and the rapid growth of unionism in East London. Thorne was elected as general secretary of the Union in 1889, to a seat on West Ham town council in 1891, the borough’s mayor in 1917–18, and MP for West Ham in 1906, a seat he held for nearly forty years.

There are several key architectural features of the building which may be of interest to visitors.

The first thing that strikes the visitor is the hall’s impressive façade, ornamented with decorative stone friezes and panels. Inside, the ground floor has an entrance lobby with a foundation plaque, recording the names of councillors who oversaw the hall’s construction. The lobby has a mosaic terrazzo floor. Two decorative cast-iron, open-well staircases lead from the main lobby to the mezzanine landing, the latter lit by stained glass windows in Art-Deco designs. The landing gives access to the assembly hall. 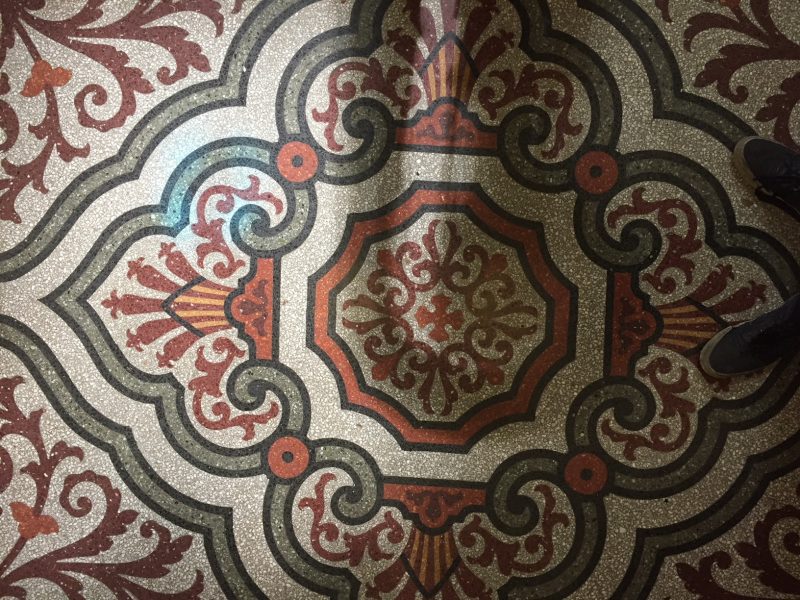 The assembly hall’s principal decoration is its coffered ceiling, which has not been affected by the partial subdivision of the hall in the 1990s. Two of the original chandeliers, vast metal and frosted glass discs, remain in-situ. The sprung floor of the original stage also remains, although the stage arch has been partitioned. 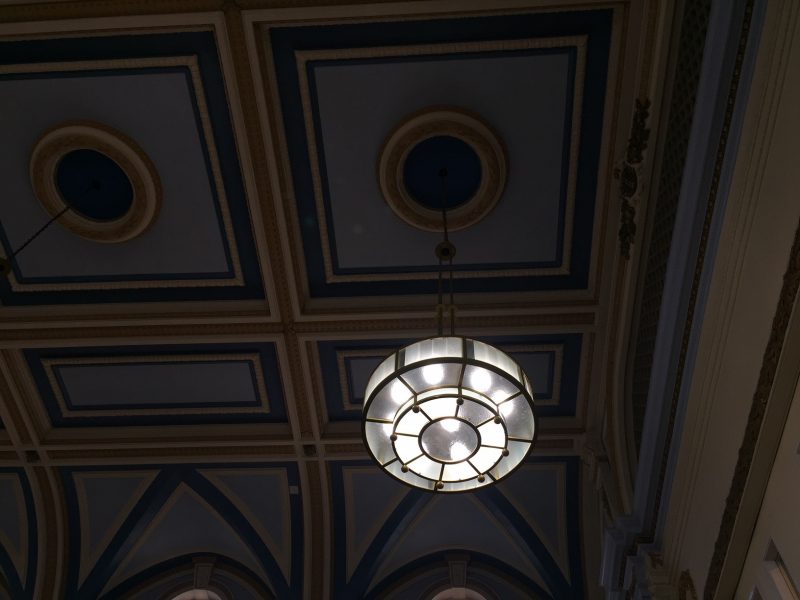 For more details on volunteering and other Open House sites around Newham and London, please see the Open House website. 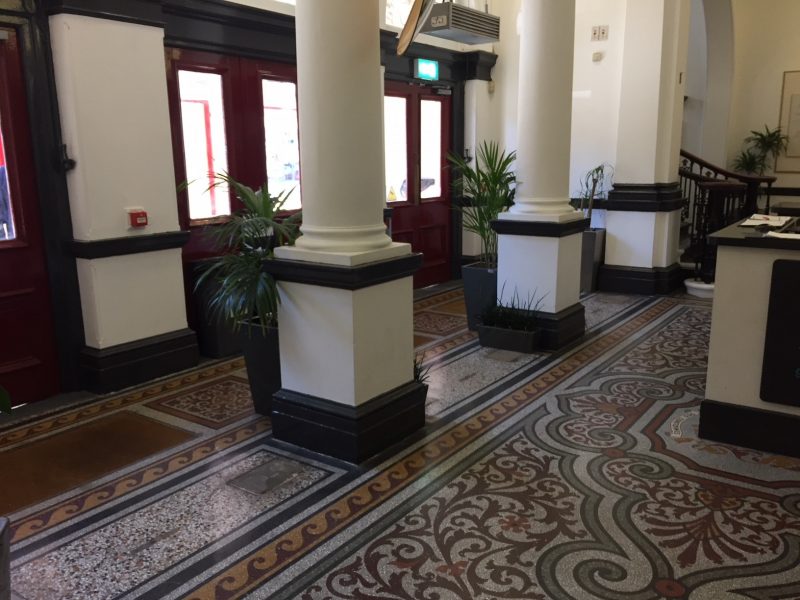